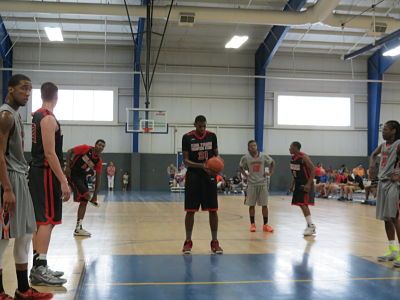 The 2015 Class did not fall short at all with hundreds of young men showing off their talent  at the Chicago Summer Jam NCAA Certified Event.  They just dominated  the court!  The King James team wowed the crowds with their athletic adrenaline  and fancy dunks and no look passes. But had to leave the event early but left with a  remarkable 4-0  record.  Vincent King, 6’5, AJ Harris, 5’10 (who committed to Ohio State) and Luke Kennard, 6’5  have highlight videos thatwhere created from our event by several scouting agencies. You may view them on our website at www.baylorbasketball.org.

Some other players that stood out where freshman Jayson Tatum. 6’7, who plays up for  the St. Louis Eagles. Jayson is remarkable because he can play all five positions on the floor. He  is a member of the USA basketball team. Jayson stood out at TMT Sportz’s  Chicago Summer Jam and the Nike Spring Showdown.

Big Man Jason Malonga, 6’8, 225 pounds  (Illinois Celtics) is an awesome rebounder with soft hands and a great touch around the rim. Another player that stood out from the Illinois Celtics program was a strong guard who attacks the rim every time was Devon Sams, 6’0  who did not show off his shooting ability because he quoted ” they gotta stop me from going to the basket first.

Mac Irvin’s Ed Morrow, 6’6 athletic forward who displayed workmanship like a workhorse and Kain Harris, 6’4  who is a well  rounded player with above average vertical which gives him the ability to play well above the rim.

Congratulations to all the teams because they are all winners! Hundreds of young men received athletic scholarships from our Chicago Summer Jam NCAA certified event. See you next year!