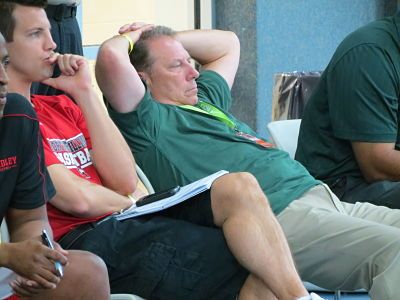 The Chicago Summer Jam was  held  on July 19th-21st and was formally known as the D1 Elite Event.  This is the annual event that has given many scholarship opportunities to student athletes in the midwest and nationwide.

It was 73 degrees outside but inside the gym of the Highland Lincoln Center it was scorching hot.  We had college coaches in attendance including: Duke, North Carolina, Kansas University, Cal Poly, LSU, Ohio State, UMass, DePaul, Oregon State, South Dakota, Eastern Kentucky, Valpo, Butler, Creighton and UIC.  These are just a few on the long list of major colleges and universities!  Also teams from California, Illinois, Wisconsin, Ohio, Indiana, and Missouri came to leave their mark.

There were over 100 college coaches including head coaches. To name just a few, we had:

We had some of the elite players showing off their talent including players from the top 100 of every graduating class. Some of the  top recruits included