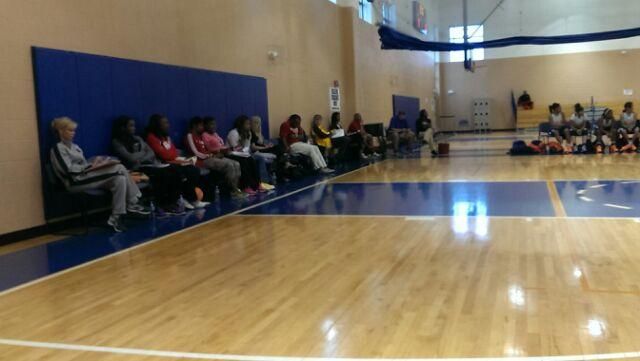 High to Mid Major College Coaches attended the Girls Chicago Elite Exposure team camp. The camp was open to individual players and teams. We had the highest level of guard play in the county and the bigs dominating the boards coast to coast.  The traveling teams and individual players demonstrated collegiate skills/drills that  impressed and sparked the interests of the college coaches.  Many of players stood out. 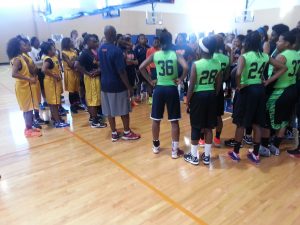 The Baylor Youth Foundation does it again with another successful event this past weekend.  With over 40 colleges and universities in attendances.The camp was held at the Matteson Community Center in Matteson, Illinois on September 28-29. The Elite Exposure Camp gave these young ladies the highest level of exposure!

These young ladies were provided the opportunity to showcase their talent. Starting the weekend off was Living Empowered Sports, who is a professional trainer for Tamika Catchings, George Hill and Marquis Teague who gave a shout out to Baylor Youth on Instagram.  Shon provided the ladies with fundamental drills and advice to prepare them for this event and going to the next level. After the workout session, the 200+ campers went either with their home travel teams or to pre determined camp teams and began game play which consisted of 3-4 round robin games to showcase their talent.

We would like to thank the following universities and colleges for attending our events and look forward to seeing some of these young ladies playing on your campuses! Without you are event would not have been a success!

Some of the colleges and universities that were in attendance. Check out our Facebook and Photo Gallery!