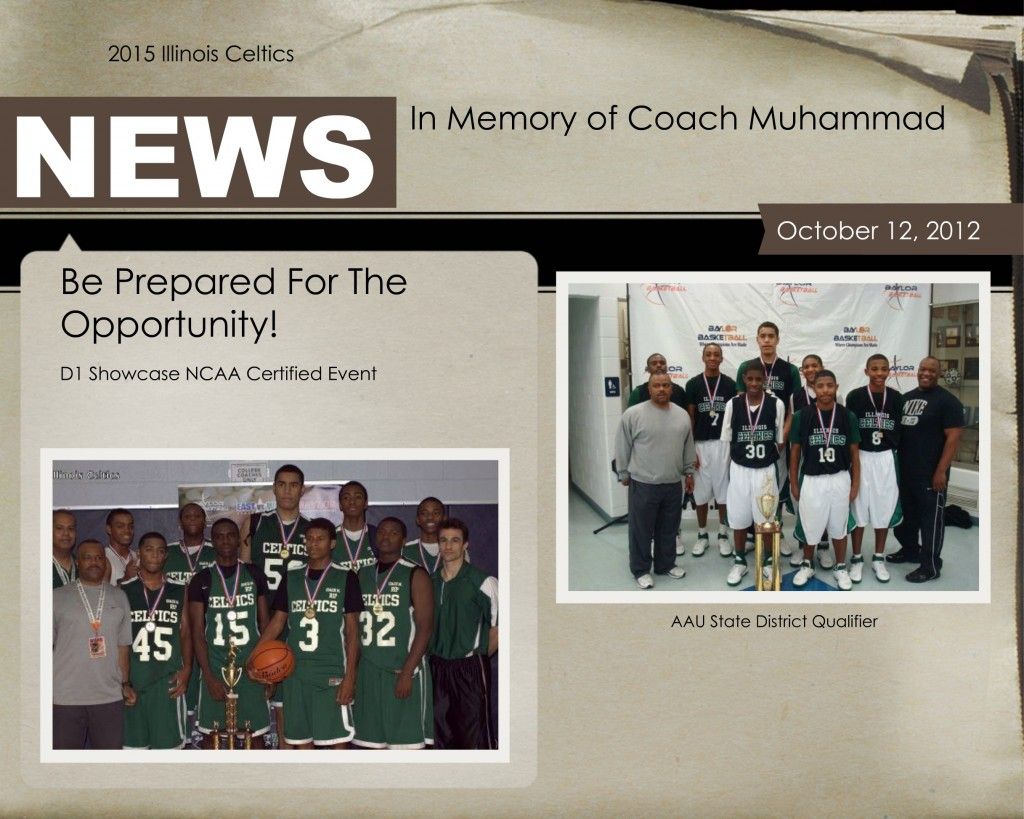 Now in 2012, his program keeps his spirit alive with the success of their first season without him. Sometimes tragedy brings us closer and stronger as a unit. The 2015 Illinois Celtics basketball team has solidified their cohesiveness and has made their mark as one of the elite traveling teams on the basketball circuit. The Celtics won our Platinum Division at the D1 Showcase NCAA certified event. The Celtics players have received National attention from several media services such as Rivals, Scout.com and ESPN. But most importantly, the college coaches are recruiting their players.

Some of their feature 2015 athletes are Tyler Jackson, 7’0, center who blocks anything that comes into his radar. Joseph Toye, 6’6, forward, strong athletic game changer. Aaron Jordan,6’2, crafty guard that can knock down the perimeter shot. Last but not least, Alex Edwards, 5’9, PG, lefty with extraordinary ball handling skills.

In 2012, the Celtics added a 16U competitive traveling team to the program who continued to show growth as the season progressed. Some of the highlight players are Mike Brooks, 6’1,high scoring PG. Tyler Zampa, 6’4 Forward who has a strong inside/outside game, Allias Roberts-Burnett, 6’0 combo guard with leaping ability, and Kevin Connelly, 6’4, SG, that shoots lights out.