Often times our young men graduate from High School having to make adult decisions. Do I go Prep or College? Players and Parents must be realistic and research both in regards to their future pertaining to basketball. 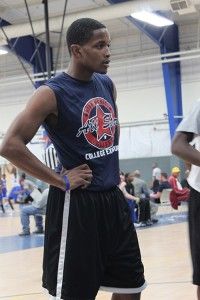 Jordan Foster chose the road to play at the next level. Jordan brings an impeccable academic and athletic track record to the Fighting Leathernecks. We look to see more about Jordan Foster in the near future with his new career at Western Illinois University.

• 2009 Pioneer Press Freshman of the Year