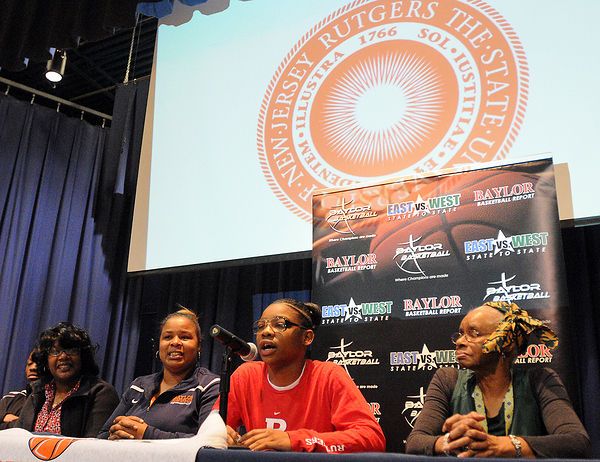 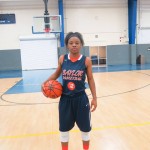 Baylor Youth Foundation’s Khadaizha Sanders (KK) signed to the prestige Rutgers University. Khadaizha is truly a role model on the basketball court and also in the classroom. She is a high honor roll  student athlete with a  3.75 GPA and a 20 on the ACT. She is the most underrated PG in the country. She has not received her fair share of credit of holding that #1 spot during her high school career but you better believe she will show you in the college WORLD that she is #1.

She is the most finesse and polish players that I have ever seen and coached (As a Female) in my lifetime. Her skill level is so beyond her years! It is so UNBELIEVABLE!

She has definitely been LOYAL, RESONSIBLE and RESPECTED by her teammates, friends and competitors. KK is a beautiful warm-hearted young woman that has a special gift that will truly bless many in her future. 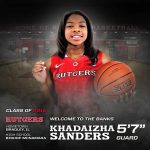 Here are just some of her accomplishments: A First Team Associated Press player every year, 3A All-State, Daily Journal Player of the Year, she also shot 89 percent from the free throw line. As a sophomore, Sander averaged 19.3 points per game along with 107 steals and 87 assists. She scored 39 points in the Class 3A sectional semifinal and she has scored over 2,000 points in high school. She is listed as No. 38 by Prospect Nation, No. 60 among the ESPNW/HoopGurlz class of 2015 rankings and Prospect Nation also ranks Sanders as the eighth best point guard in the class.

Baylor Youth Foundation is  so proud to have had a part in this young prodigy success and development for the past six years. We will have many young ladies follow in her footstep but not too many will be able to fill them.