MAC player 3 years in a row! 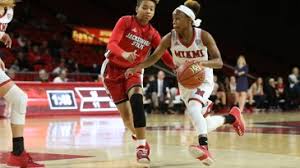 When I say that she played this hard for me since she was a freshman in the traveling season. She was not ranked out of high school nor was given the proper respect playing for a grassroots program like Baylor Basketball. But she sure prove everyone wrong. She not only represented our program, she is legendary in the MAC conference and in school history.