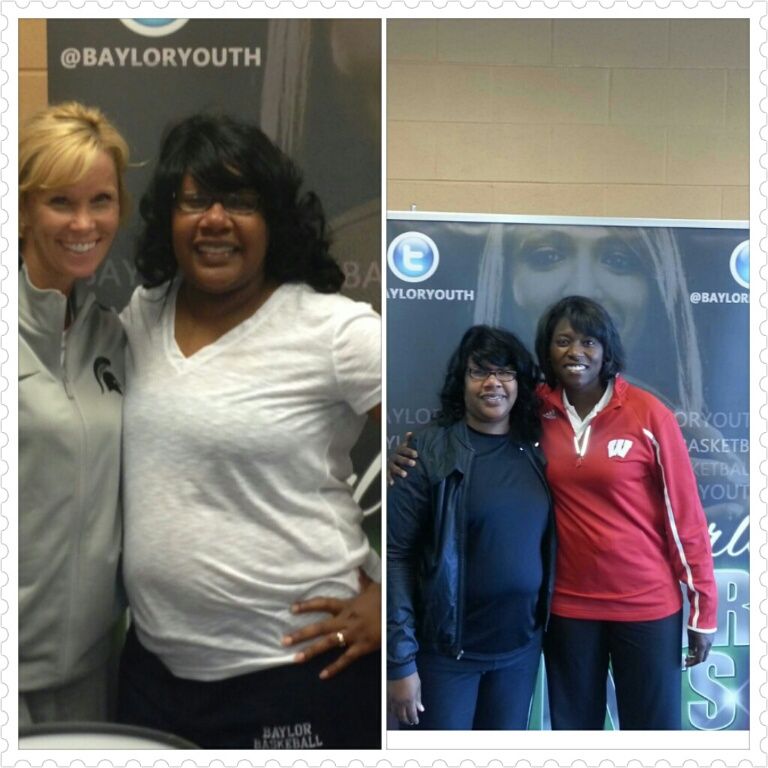 Recap for the Baylor’s Girls Chicago Elite Exposure NCAA Certified Event. We had  over 40 high to mid major universities and college attending the Baylor Girls Exposure Event on September 28-29, 2013 @ the Matteson Community Center in Matteson, Illinois. We had universities representing the  SEC, Big Ten, Big East, Horizon League, WAC, Sun Belt, Ohio Valley, Missouri Valley, Mid-American and  American Athletic conferences. We also had so much talent in the building and many young ladies receiving scholarship offers afterwards. Below is some of the highlighted players.

At 5’11, Tinon is a strong even handed post players with the ability to finish after using post moves down low with either hand. She has a big body frame and has good feet that allow her to get good offensive and defensive position and is a monster on the boards. Undersized for her position but makes up for it in tenacious play.

You want to talk about intensity on the court? From her game face to her game play, there is nothing soft about Dejah on the basketball court. Standing 5’8, she by far was the quickest and most dominant defender at the camp. Using her quick feel and quick hands to disrupt her opponent, steals come a dime a dozen for her. Oh yea, she’s not to shabby on the offensive end showing a knack for knocking down 15 foot jumpers and attacking the basket at will.

Michal put on a shooting exhibition this weekend at the camp. She was draining 3 pointers from every angle on the court and displaying a mid range game that had the college coaches nodding their heads in approval. Michal is a 5’9 combo guard with a good handle on the ball and can attack the basket at will. She displays quick feet and is a menace on the defensive end. And to top it off, she plays the game with a smile on her face reminding everyone of exactly what this is…..a game.

By far the most electrifying and exciting player to watch at the camp, “Kay Kay,” understood the moment and made the best of it. Their isn’t much she cant do on the floor. She has a game beyond her years. Listed at a generous 5’7,  her ball handing skills are immaculate and she has court vision that enables her to see things before they happen. She is a vocal leader on the team who has no problem leading by example with her never say die attitude and hard work. She has a great shooting touch and loves to see her teammates score just as much as herself. Defensively, she isn’t a slouch either, displaying good lateral quickness and good hands.

A monster on the court, Marsha is definitely not someone you want to play against but would love to have as a teammate. A 6’1 forward, she rebounds offensively and defensively like a woman possessed and plays good defense on her opponent. She is extremely aggressive and plays with a high motor. The queen of the pick and roll, Marsha can even put it on the floor and handle the ball like a guard.

Strong and mean are the best 2 words that describe 5’10 forward Tammy Russell on the court. She plays extremely well with her back to basket and can turn over either shoulder or reverse pivot and face you up. You are at her mercy down low. She rebounds well and understands her roll on the court. She does exactly what she needs to do and is asked to do.

Jenasae is a do everything point guard. Only a eight grader, Ms. Bishop has a game beyond her years. She handles the ball well and makes good decisions with the ball. She has quick feet and good lateral movement. What she lacks in height she makes up for in quickness. She can shoot it from the outside as well as mix it up inside with the bigs.

Daijah can shoot the basketball. She is a coaches kid. She shoots the ball well and has a nice release on her shot. She is 5’9 and thin. However, looking at her lean frame and long limbs, you can tell she is no where near done growing. And that says a lot because she is already a problem for her defenders who have a hard time contesting her shots because they are so worried about her drive to the basket. The sky is the limit for Ms. Smith.

At 6’, Katrina is a great complimentary guard. She has a strong body and can handle the ball like a point guard. With a shot extending well beyond the high school 3 point line, Ms. Reeves can really fill it up. She is a vocal leader for her Warrior team and is never negative on the court.

Sam is a very skilled big. She can face up with her defender or back them down from the block and use her arsenal of post moves to get her shot off. She rebounds offensively and runs the floor well. A junior in class, Sam is merely scratching the surface of her abilities as a basketball player.

This 5’2 point guard is better off being labeled as a scoring guard. Lauren has the ability, despite her small stature, to get to the basket and finish. She is lightning quick and can shoot it from the outside at a above average rate. She is very unselfish with the ball, always looking to get her teammates involved in the game. She is only a sophomore but plays the game like she’s much older than that.

Sydney is a highly effective off guard who can handle the ball and loves to attack the basket. She is very passive and unselfish until her fuse is lit. Once that occurs, the only thing that can stop her is the buzzer at the end of each quarter. She can shoot the ball from outside, penetrate off the dribble and find the open man . This 5’6 guard will be a force to be reckoned with once she realizes she is as good as she wants to be. 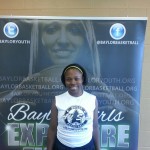 When you combine a consistent 3 point shot, ball handling skills, unselfishness, the “want to” to play defense, and being extremely coachable, you get one heck of a ball player and that explains Brenda to a T. She lead a undermanned Camp team to a couple victories and made her opponents account for her whereabouts on the basketball court at the camp.

Teammates at the camp and teammates at the camp Naomi and Brenda Pennington just flat out play well together. Naomi is the bigger of the guards standing at 5’8. Ms. House can also shoot the ball with consistency and is very athletic. She has a killer crossover that makes her hard to guard and can finish with both hands in the paint. She has quick feet and can guard a variety of positions.