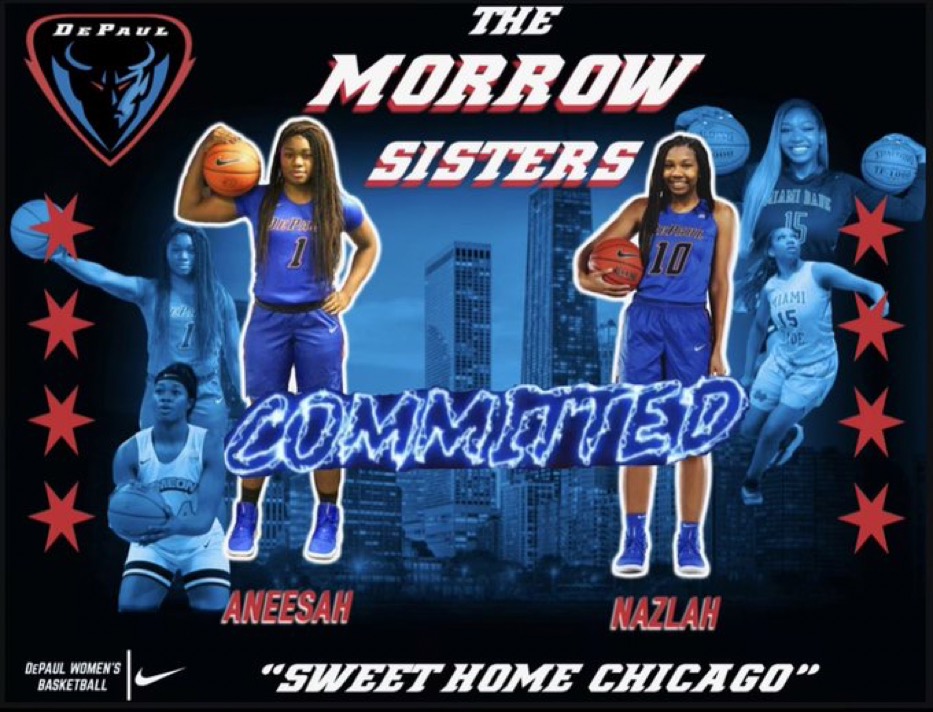 The Morrow sisters will continue their basketball careers together. We are proud to announce that they have made a family decision and will be attending DePaul University. Nazlah Morrow joined BYF her junior year where we placed her at junior college where she proved and continue to sharpen her skills. In addition to earning NJCAA Conference Awards and Recognition.

Annesah Morrow who joined BYF doing her freshman year in which she suffer an injured the first year with us. She came back off the injury with a vengeance. She exhibit a hard work ethic. She continued to display while she was the #1 player in Illinois and top player throughout the country. Annesah also has a City & Illinois State Championship under her belt.

The girls have a family tradition of sports. They parents both played at Nebraska and were hall of famers. All siblings also played basketball.

We wish them both Good Luck!

Share on FacebookShare on TwitterShare on Linkedin
Posted in Announcements, Foundation News
×
0