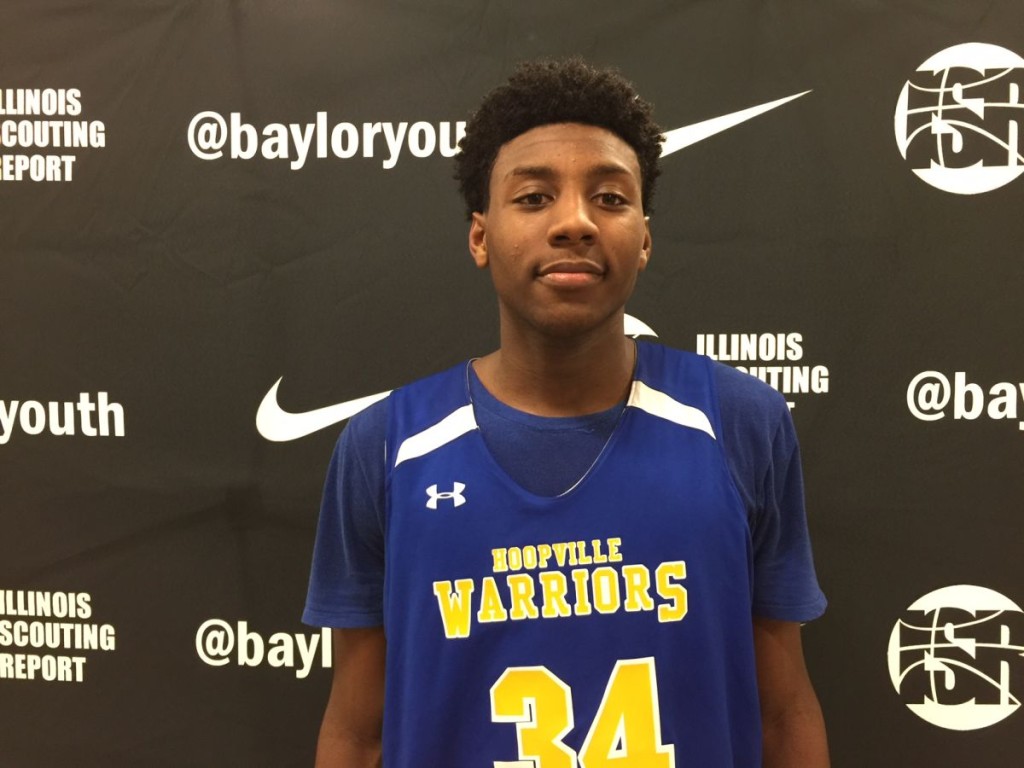 It was clear that Hargrove was the best prospect in the building. A top 5 prospect in the class, Currently ranked #3 Hargrove had a very productive night to open the 2017 Baylor Nike Spring Showdown. Very athletic forward that has improved his handles immensely and that showed during transition runs. Threw down some thunderous and commanding dunks in transition. He creates his own buckets also rebounds and snatches them with force. Shot blocker that goes after every shot attempt. Mid-range is decent but 3-point game is still in development but he has a very nice looking stroke. Finished with 14 points, 3 rebounds, 5 blocks in a win. After watching this kid last spring till now I can see major work has been put in. That is the main reason he had a huge year at school and seems to only want to get better. Already a high major talent if Hargrove gets a couple more inches it could be very scary.